What happens if you take breakthrough offsite construction methods enabled by the latest in digital design technology, backed by a partnership with the local construction union, and throw in a fresh infusion of capital from some committed big-name investors? The folks at Factory_OS think you get a good way toward fixing the current housing crisis in San Francisco, and set the groundwork to do the same in other housing-constrained areas.

The company announced today that it raised $55 million in a Series B funding round, led by Lafayette Square and backed by Autodesk, Citi, Facebook, Google and Morgan Stanley. Factory_OS had previously raised almost $23 million in equity funding in 2019. The company is based in Vallejo, California, and has about 500 employees.

Founded in 2017, Factory_OS drives efficiencies in multi-unit housing construction by building modular components in an offsite assembly line operation–one that operates, fittingly enough given their mission to respond to a crisis situation, on Mare Island, in the same building where U.S. Navy ships that won WWII were built and repaired.

Rick Holliday is co-founder and CEO of Factory_OS. “My career has been 40-plus years in housing as a developer with an innovative and affordable focus,” he said. “Eight or nine years ago I started seeing a rapid increase in costs, and knew we had to look at a more cost-effective way.” He and Larry Pace, his fellow founder, found a company in Sacramento that they thought offered the kind of innovative approach they were looking for. “We thought we’d be a customer, but we ended up starting our own venture. The business is super-capital-intensive and needs technical development. That company was too small, so we wound up taking over.” 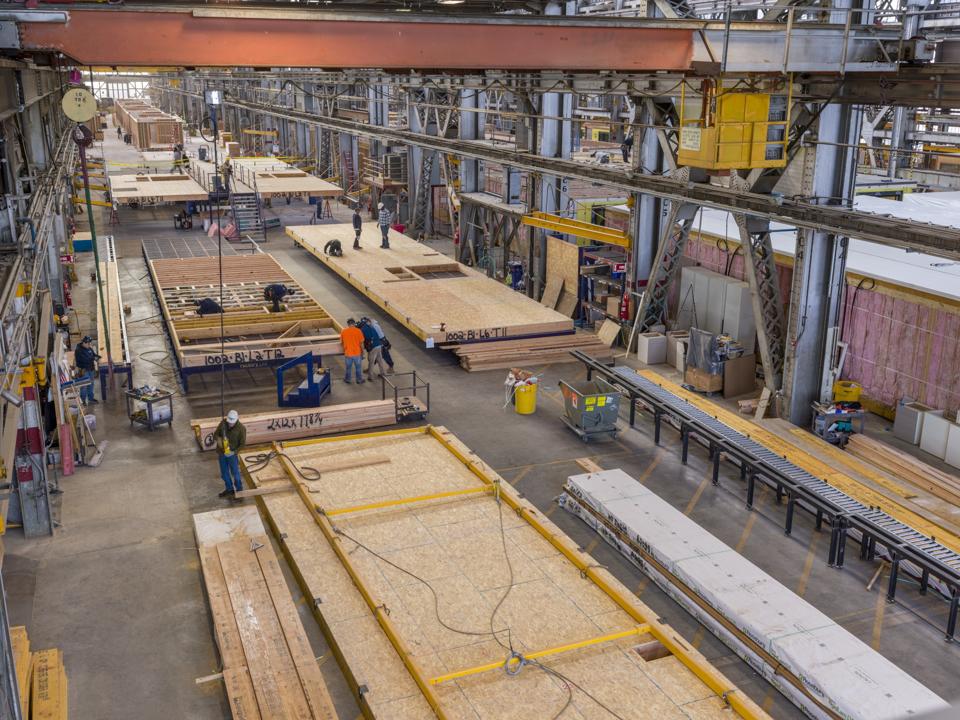 The modular offsite construction model is nothing new. But Factory_OS brought two other unique and critical innovations to the mix. One was a whole new design approach using the latest in digital tools. Autodesk started out as a design support provider, but has now backed both funding rounds. “We love their mission,” said Andrew Anagnost, Autodesk’s President and CEO. “They’re really focused on driving cost savings.” Their work quickly became mutually beneficial. “I saw two things in our early work with them. The first was that our work together was a test bed, where the software and product came along together–we’d work together with imperfect tools, and perfect them as we went along. And second, they really take an ecosystem approach.”

Holliday agreed. “An architect gets a picture in mind of what the whole site is going to look like, then works backward from there,” he said. “You need to start with what people you’re going to house and how–inside-out versus outside-in. Where Autodesk came in was to allow us to conceptualize that with their tools.”

The second critical innovation Factory_OS drove was a partnership with the workers’ union, the Northern California Regional Carpenters Council. Holliday and Pace realized early on that they needed union buy-in for their revolutionary approach to construction, as well as union support for their expected steep ramp-up in demand for skilled workers. “We had challenges like any startup,” said Holliday. “But when we set up our partnership with the carpenters’ union, that gave us access for worker recruitment and training.” In addition to the union’s existing curriculums for Apprenticeship and Journeyman, the company and the union have also teamed up for specific training in factory-based construction methods. “The labor force for construction is shrinking. The carpenters’ union has been a great partner in getting people and in helping us to create more good blue-collar jobs.”

The advantages of the Factory_OS approach certainly aren’t lost on its investors. Damien Dwin is the founder and CEO of Lafayette Square. “Our mandate is housing, jobs, and financial inclusion,” he explained. “Factory_OS neatly aligns with our core purpose. They also fit with our next layer of analysis, which is about whether it’s a quality business that generates cashflow that’s explainable and repeatable, with good management in place. They want to do the right things for the right reasons–their workforce is fifty percent unskilled or formerly incarcerated, they’re at the intersection of technology and innovation, and they’re a big partner in solving the affordable housing crisis.”

They’ve proven the effectiveness of their model in the real world. They’ve already built nearly 1,000 units, and have shown they can construct multi-unit housing over 40% faster than those using conventional construction methods. They’ve delivered costs savings of 20% to 40% on multifamily housing in the Bay Area market. And the finished product is better. “There’s less construction waste,” Holliday said. “The buildings are more energy-efficient. You get a better fit–if you’re installing an eight by eight window on the 5th floor from a scaffold versus doing it standing on a concrete floor, the factory installation is going to have tighter tolerances and better caulking.” 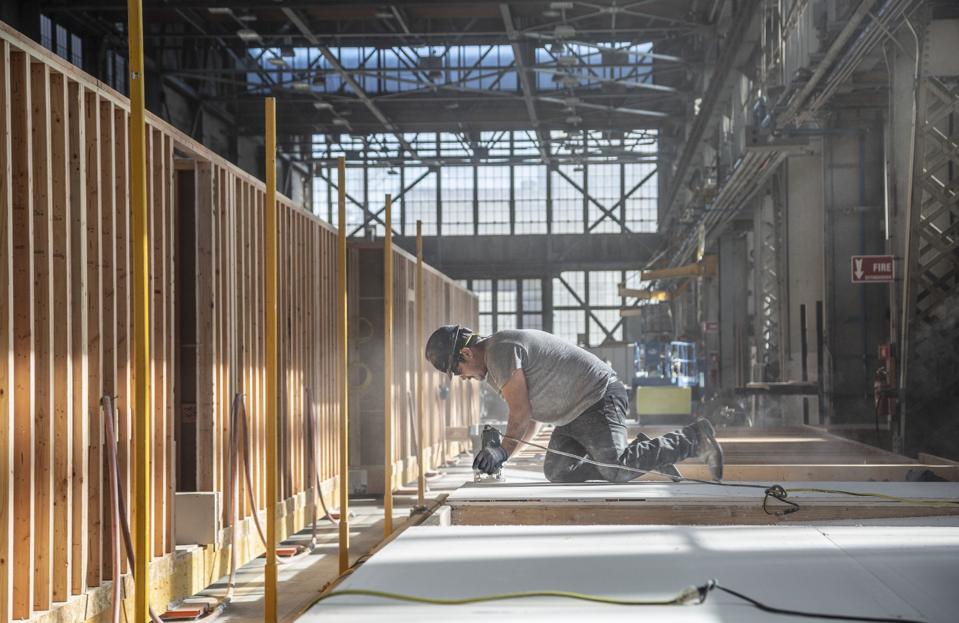 And they expect to improve from there. “The construction ecosystem is too inefficient,” said Anagnost. “Manufacturing can bring more stuff they need to learn, like efficiencies and greater use of IT applications. They’re already doing those things in our factories, so we’re not investing in something theoretical.”

It’s better for the workers, too. “We used to have 300 workers driving into the city every day, two hours in and two hours back out,” said Holliday. “Now we build where the workers are.” With an indoor assembly line, working in all sorts of weather is much more pleasant as well.

They all see tremendous potential. “We have $200 million in orders, and we’re building our second factory,” Holliday said. That’s strictly in the Bay Area. “The follow-up is to move to southern California, into the Los Angeles market,” Dwin added. “We’re hopeful it can be replicated elsewhere in the country too–we’ll just have to have more capital. And there’s certainly a potential market overseas.”

For now, though, he’s happy with the current situation. “This story is different because it’s a combination of factors people don’t see enough: Google and Facebook and Autodesk showing they’re good corporate citizens, helping to address mass incarceration, the wealth gap, and affordable housing. It’s about second chances, growth and rebirth.”